Fedde Le Grand is a DJ, but with their disposition, could follow any other profession with the same success as his career dedicated to music. The 38 year old dutch, born in Utrecht, as a child knew that music would be his passion, his work, and where he will be recognized worldwide.
He played in small, medium, large, huge places, without feel intimidated. Him schedule are always busy (in just 5 days he was in Peru, Paraguay, Chile where he performed at Ultra – that huge festival that rolls in Miami (UMF) and runs around the world – to land in Brazil to perform exclusively at Kaballah, electronic music festival that took place at Hopi Hari park, located in Vinhedo, São Paulo. Still is producer; and almost weekly you can hear the “Darklight Sessions”, your podcast with an hour on soundcloud.

Is it not so much to you? Recently  made a show called “GRAND” which involved dancers, a movin stage, live vocal singers, and he, the protagonist, also played and interacted live while everything was happening under his watchful blue eyes. Plus than him energy on stage (he does not stop playing, dancing and gesturing to the audience without having that “infinite bla bla bla” on our head), are as well in his best physical form. Strong lines on your face, large shoulders and hands, defined arms and abd made womens had euphoric screams – if in the pictures is pretty, alive does we clap our hands for the privileged DNA – and did as one of the greatest (if not the best) of the Main Stage of Kaballah Festival presenting a concise set, without failure, with songs that printed his personality and translated why LeGrand is more than an award-winning artist, the guy who stopped the world with “Put Your Hands Up for Detroit”, owns the delicious “Cinematic”, has millions of followers in social networks and is one of the hottest names in the electronic scene.
Now that you know a bit of its history, check out our exclusive interview with DJ, shortly before his presentation in Brazil:

1.       Fedde, you started your musical career soon after finishing high school, and now, after be recognized around the world, you support and encourage the new generations. Whats the importance of this kind of attitude at the electronic scene in your point of view and what gives you the motivation to do it.

I’ve always thought that nurturing and supporting the younger generation of music producers is one of the most important things you can do when you’re in the position I am. One of my aims when I set up Darklight Recordings was to look for new talent who’s music perhaps wasn’t getting heard as much as it should. It’s always been hard to make a career out of music but even more so nowadays as the market is pretty saturated, so I feel like I do my little bit to try and find that special sound that may have been lost in all the noise otherwise.

2.       What do you know about Brazil? Do you know some producer or brazilian DJ? What is the first thing that goes to your mind when someone speaks about Brazil?

There’s so much so say about Brazil, almost too much to fit in one answer! It’s just got so much to offer, whether its the music, food, beaches, street parties, the list goes on… It’s incredibly vibrant and colorful, especially Rio, which I’ve been too a few times and loved it. Really excited to be playing at Kaballah next week as well, means I get to chill in Sao Paulo which is also such a cool place. And the first thing that comes to my mind when I think of Brazil would have to be…CARNIVAL!

3.       “Put your hands up for Detroit” was and still is a huge success in your career (here in Brazil was played thousand of times since radios until TV shows). Is there a similar track that means a lot to you, one with history behind it?

That is a difficult question. There are so many! I mean firstly ‘Let Me Think About It’ and ‘The Creeps’ as those may have been just as important as Detroit in making sure I wouldn’t become a one-hit-wonder. I’m still in love with my Coldplay’ Paradise remix, [off course that he played “Coldplay” during the brazilian festival] though at the same time I’ll surely never forget the phone call when I was asked to remix Michael Jackson posthumous single Love Never Felt So Good, I think my legs were a bit shaky the rest of the day! Can’t go without mentioning my remix for Faithless’ Insomnia [one of the most famous eletronic project, with the rapper Maxxi Jazz] here either, its stayed for a month straight in the Beatport tech house top 10!! (click here to hear) Getting back to originals, I surely can’t go without Cinematic, that one somehow just strikes something special in me, Don’t Give Up, Rockin’ N’ Rollin’, Twisted, Back N Forth… think I’d better quit now, there are just too many. Let alone the ones I have coming up, there are a few gems in there that are very special to me as well, but let’s not get ahead of things!

4.       Seeing the aftermovie of “Grand” looks like the show was a mix of big musicals, but pretty cool, because it was done with an iconic DJ, an amazing and so emotional atmosphere, done with a lot of people who worked with you. How was to do this kind of presentation, what has the hardest thing and what was the unforgetable moment? Do you have plans to show your concert to other places?

GRAND has certainly been the biggest project I have ever undertaken because there was so much to prepare and organize, it wasn’t just any ordinary DJ set! I had thirty Dutch Show ballerinas, live trapeze acts, vocalists and a load of break-dancers all performing to my music which is something that hasn’t really happened before in dance music so we didn’t know what people would make of it. Other than that I insisted that despite all the choreographed elements the team would find a solution in which I could just play a regular live DJ set as I simply refused to only be pressing play if you know what I mean. I think I gave them a good run for their money. But in the end we had a system that worked perfectly in giving back the right feedback signals to both the acts as well as myself, and the tech team, so yeah, I was very happy with that solution. And the feedback has been insane!! The whole vibe and atmosphere on the night was like nothing else, people were so amazed and surprised which only kept growing throughout the night, leaving each day in a sense of shear ecstasy. So after selling out 6 consecutive nights on this premiere series, it became quite clear that we outgrew the venue before even starting and are now for the 2.0 show turning to the Ziggo Dome in Amsterdam which seats over 15,000 people, so we’ve got room for even bigger things. Throughout the rest of ’16 GRAND will be traveling internationally as well so stay tuned for nearby dates!

[I don’t need to say that Brazil are counting the seconds waiting him return, and, who knows, be included at your tour, and if you want to know how was the concert, take a look at the 4k resolution aftermovie]

5.       If you could translate your music in one word, what will be? What was the biggest lesson that life gave to you in all these years playing around the world, and what conquest you like to have at the future that you havent yet?

I’m not even sure if I can actually chose just one word but I guess for me it’s always about the drive and the funk! The biggest lesson I’ve learnt having DJed for ten years I think is to be humble, to never rest on your laurels, and to never take for granted the opportunities you’ve been given. I feel like I’m always looking forward to the future, pushing myself and my boundaries even for each specific show, you each time have the chance to make it something truly special but it won’t just happen unless you put in the work! At the moment I’m wrapping up the last bits of my new album which I’m really happy with, the GRAND 2.0 show is taking up a lot of time and energy as we are determined to make this show even more special than before, and a lot of cool things for the new year to come which I’d like to keep to myself a little longer… 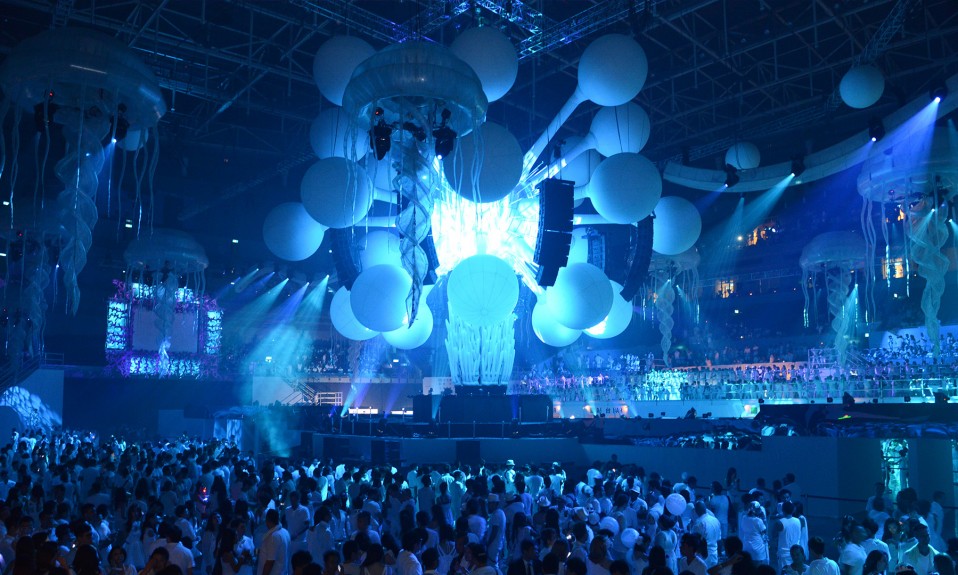 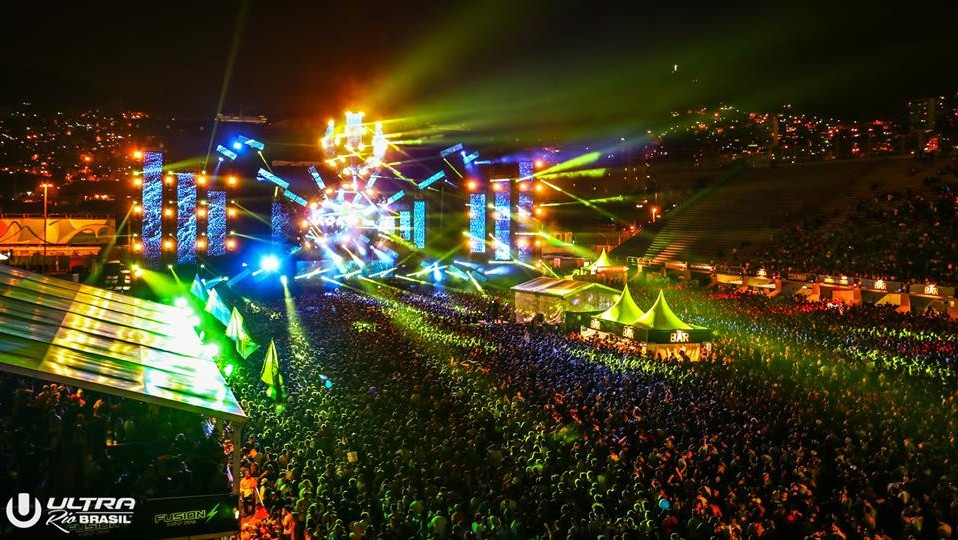 Ultra Brasil revela a primeira fase destruidora do line up 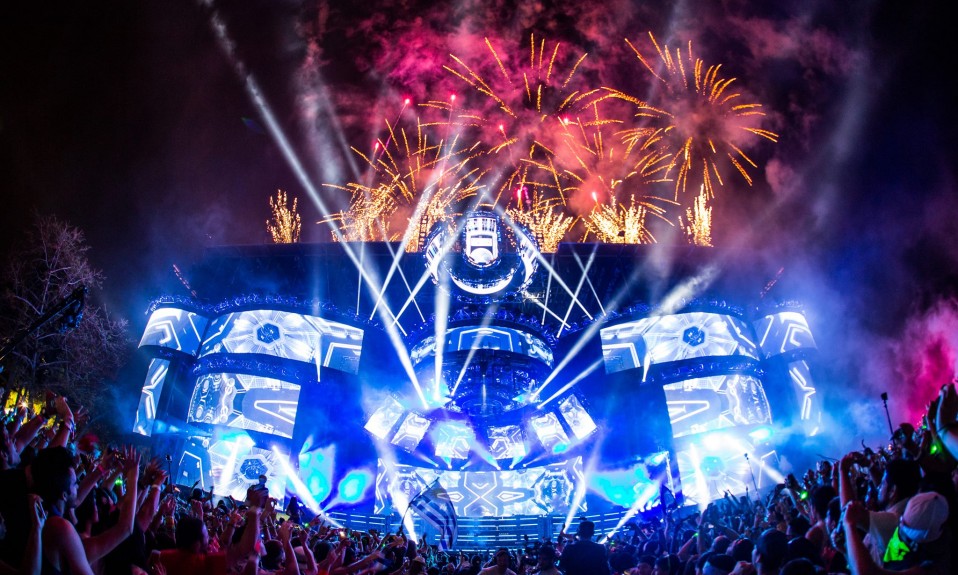 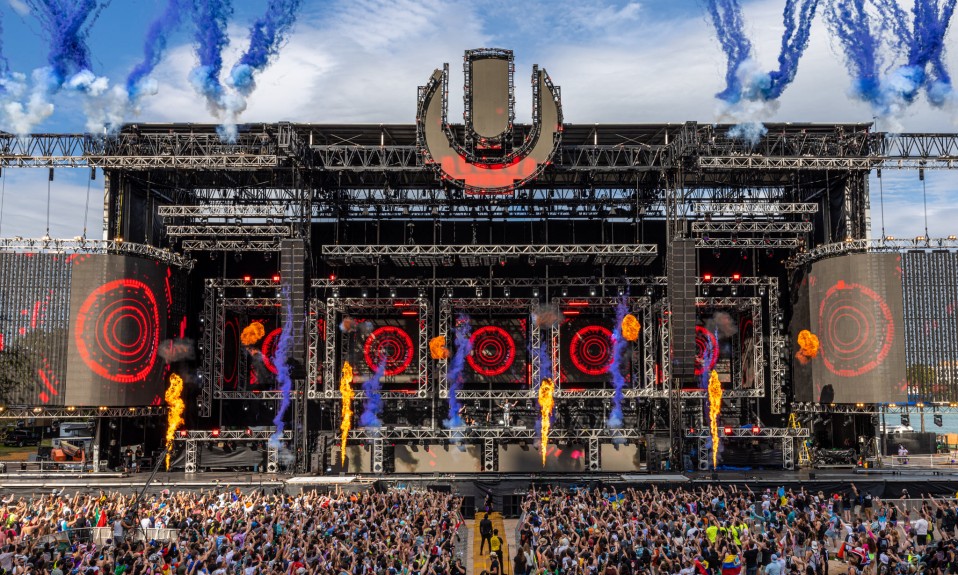 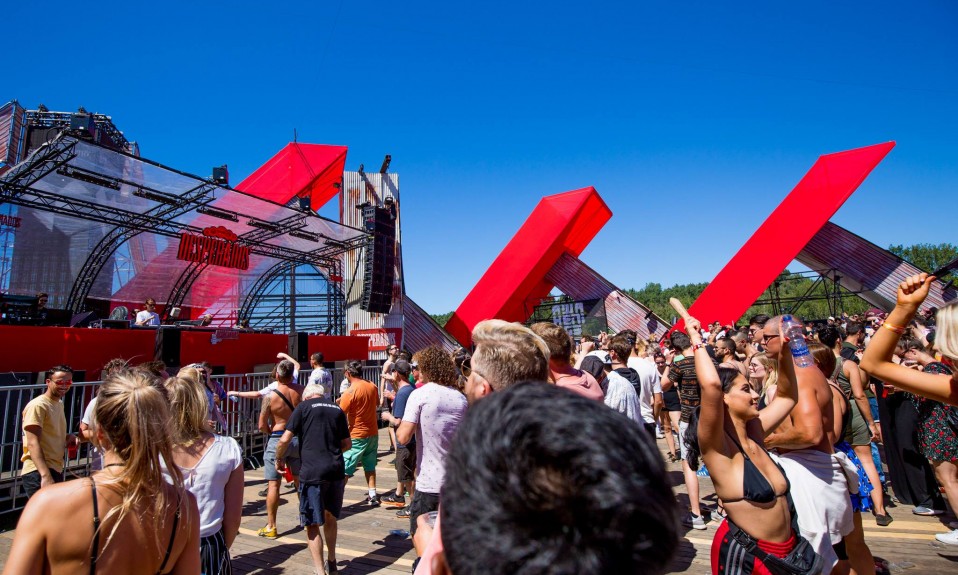 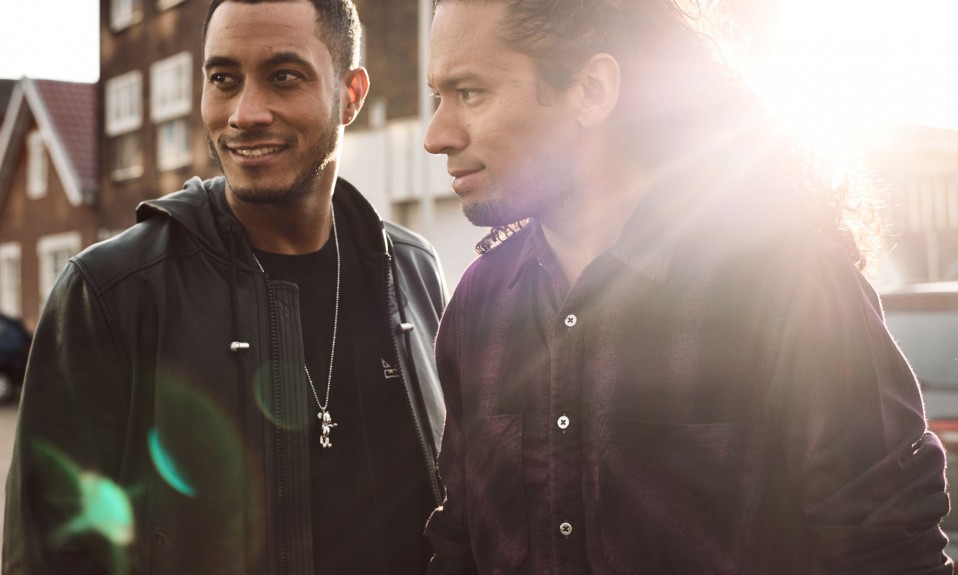 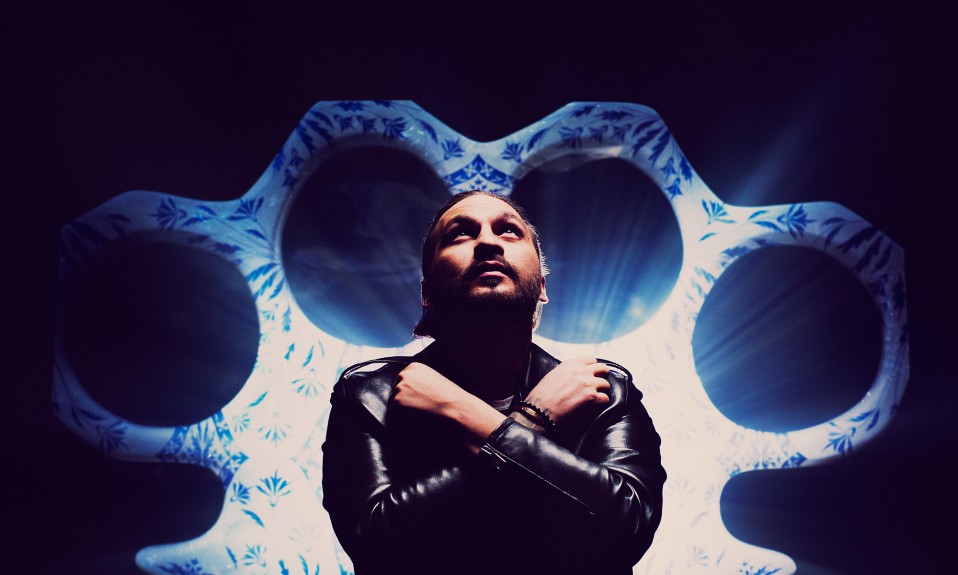 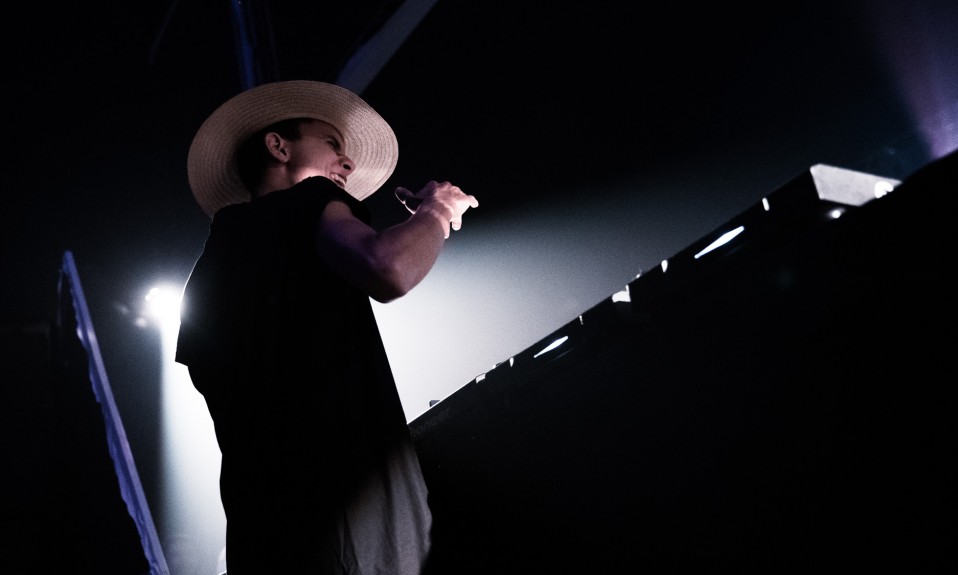 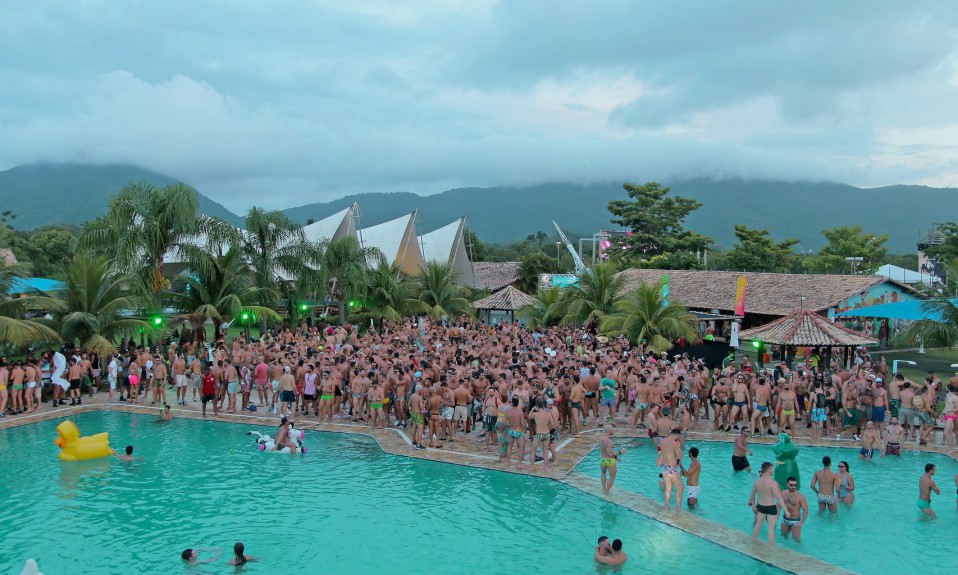